How to shop a Middle Eastern Food Market

Growing up in the Middle East, certain staple items like spices, breads, and cheeses were always stocked in our pantries and refrigerators. That’s why specialty and gourmet food stores and markets are extremely valuable in the United States. Arabs frequent these stores to stock up on foods and ingredients that remind us of home.

Shopping at any specialty store can be overwhelming if you’re not entirely familiar with the culture. Akron has a lot of Indian and Nepali stores and I often browse the aisles with great plans to buy ingredients but spend more time googling things than actually buying anything. So I understand how visiting a Middle Eastern market may leave newcomers feel overwhelmed.

How to shop a middle eastern market

With that in mind, my sister Nora, our friend Layali, and I set out to share our Arabic store staples at Holy Land Market in Cleveland (11717 Lorain Ave, Cleveland, OH 44111). I shared a video tutorial live from the market on Instagram and Facebook but wanted to include a handy guide here for readers as well.

Middle Eastern markets are known for their lamb. Many stores have an entire meat department.  Common meat selections include lamb and beef. This is where our family (and practically every Arab I know) buys a leg of lamb. You can easily request to have de-boned and chopped so you can bag it up and freeze it at home. Halal meat simply refers to the process in which food is prepared based on Islamic standards. Think of kosher, but for a different religion.

Some of our favorite dairy selections include:

– Labneh is a thick, strained yogurt. The proper way to eat labneh is drizzled with olive oil. Either dip your pita bread into the cheese or spread the labneh on the bread for a sandwich.

– Laban is yogurt but there’s something extraordinary about Middle Eastern yogurt both in taste and texture.  Laban is a staple ingredient in many Arab households and is often served alongside many entree dishes. Arabic yogurt tends to be a little more tart, somewhat like Greek yogurt though not all of them are as thick in consistency.

–Cheese. There are several varieties of cheeses, our favorites include the string cheese, Chicago cheese or the Nabulsi squares for frying.

– Halaweh is a sesame based fudge made with tahini and most commonly pistachios. Some varieties are made with honey or chocolate.  It is commonly served with pita bread.

– Dried apricot paste, also known as Amerdeen to Arabs can be eaten as is or boiled to make a beverage.   We used to call this “Arabic fruit roll ups” as kids.

– Maggi is chicken bouillon cubes but many Arab households swear by this brand. It can also be found at some regular grocery stores but you can buy it in bulk at specialty stores. I’ve yet to find a bouillon cube that can provide as much flavor as Maggi! Use maggi in soups, rices, and dozens of other recipes!

– Seven Spice. There are dozens and dozens of spices available. A common Middle Eastern staple is Seven Spice. We use this in many recipes, including meat, chicken, soups, and rice.

– Tahini Sauce is a sesame based sauce most commonly known as the main ingredient in hummus.  Note: not all tahini sauces are the same! If you want to achieve an authentic flavor, we highly recommend using an imported brand from a Middle Eastern market.

– Olive oil plays a big and important role in Middle Eastern culture because olives are heavily harvested in that part of the world.  Look for brands that are imported. Tip: the darker the oil, the better! While you’re in the olive oil section, check out the varieties of jarred or fresh olives if your local store has an olive bar.

– Pita is a certainly a staple at Middle Eastern markets. Note, however that there are many different varieties. Small pocket pita is great for dipping, sandwiches, and everyday meals. The large, thin pita is ideal for making homemade pita chips.

These suggestions are just a sampling of the hundreds of items and ingredients available at Middle Eastern markets! Never hesitate to ask questions if you’re unsure about something at the store. Not sure where the nearest market is? A simple google search of “middle eastern market near me” should do the trick!

Many thanks to Holyland Imports, Nora, and Layali for helping make this post possible! Click here to watch the video of us shopping the market. 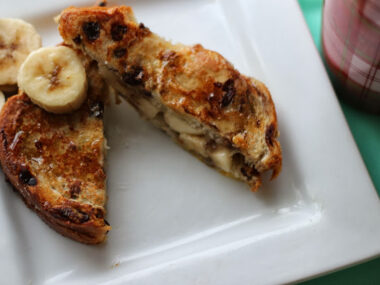 READ MORE
Every now and then I get a severe craving for crepes or french toast. I found a recipe in the Weight Watchers cook book for guilt-free french toast and…
READ MORE
0
0
0 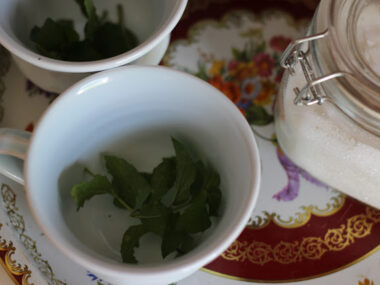 READ MORE
Having guests over for breakfast and brunch beats dinner parties any day. They are more laid back, sometimes more delicious, and you have the rest of the day to recover.…
READ MORE
0
0
0 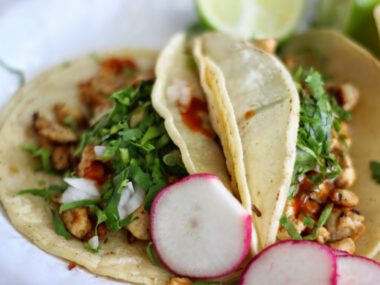 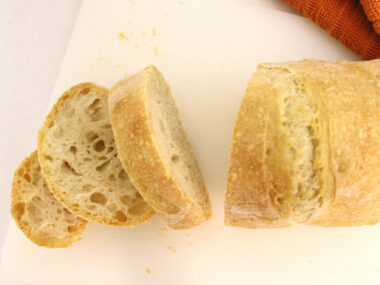 READ MORE
My mom, the best cook and baker I know has been baking homemade fluffy pita bread since I was a child. The aroma filled the entire house you could smell…
READ MORE
0
0
0