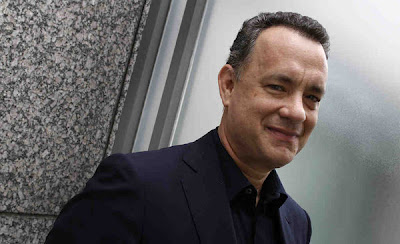 Hey lovers, I’m Jennifer Fabulous from I Know, Right?. I would like to thank Dina for letting me guest post here on her ridiculously fabulous blog. It’s like taking a tropical vacation, except without the palm trees or beach or 90-degree heat. Anyway, enough about me. Let’s talk about Tom Hanks. We all know him. He’s that goofy dad-next-door type of movie star who has warmed our hearts in Meg Ryan romantic comedies and earned Oscars for some really awesome films. Growing up, watching him in interviews, I got the impression that he was a nice guy with a great sense of humor. A little square, but that’s what made him adorable. So, imagine my horror when I came across his 21-year-old son, Chet Haze. 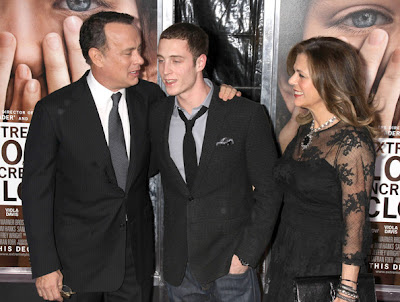 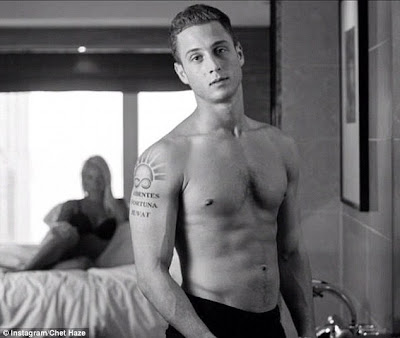 Chet Haze was born Chester Hanks, but changed his name because he’s trying to make it as a rapper. (Being the son of Forrest Gump doesn’t exactly give you street cred for a hip-hop career, let’s be real.) He is also a student at Northwestern University in Chicago. The 21-year-old recently created some buzz when he posted photos of himself shirtless on twitter. 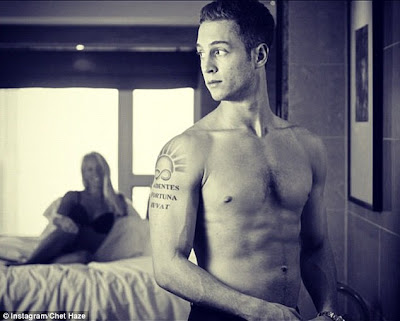 “Ladies…this is for you,” was his humble tweet. (I’m really digging the lingerie-clad blonde subtly waiting for him on the bed in the background). The modest college student exceeded his generosity by adding one more shirtless pic. Unfortunately, Chet didn’t realize that heterosexual men don’t normally post risque photos of themselves on twitter, because the gay community went nuts and hailed him as their mascot for the night. He had to do a follow-up tweet the next day explaining he was flattered by the attention, but he is indeed straight. In case you were curious, here is one of Chet’s music videos: 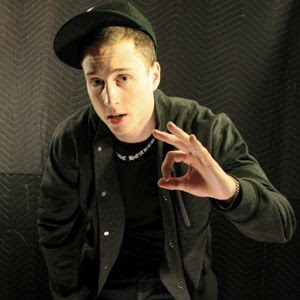 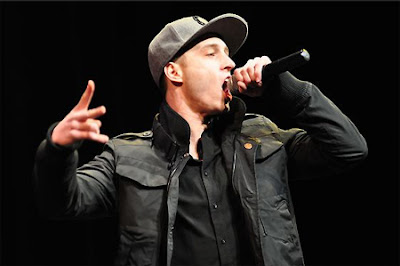 If you were too busy being dazzled by Chet’s touching portrayal of a lecherous high-fashion photographer, you might have missed his poignant lyrics. Here is a taste: “I’ll be a director/you can be the main actress/I just want to do it like they do on the big screen.” Clearly he’s trying to distance himself from his Hollywood bloodline. Another taste of his lyrics: “A call from the brothers in the frat house/ I’m with my girl, tryin’ to get up under that blouse/ She a freshman/ She a freak though/ In the bed, but a lady in the street, yo.” I can’t even imagine how many times this guy has gotten laid after uttering such magical poetry. Oh, and the icing on the cake is Chet’s very own biography of himself. Read it and allow your school-girl heart to flutter: “Born and raised on the West Side of the Westside’s main city LA, Chet grew up an enthusiast of the rap game….He is an up and coming MC with a flow that does California proud, partnered with lyrical intelligence that complements his attendance at Northwestern University. Living the college life, Chet’s days consist of chilling with his boys, attending class, and taking care of business. However, his nights consist of absolutely murdering tracks, and living what he is really spitting.” 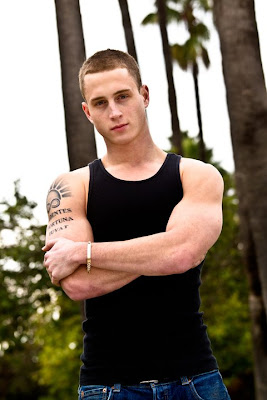 I’m going to go out on a limb here and guess that it was NOT Chet’s Brad Pitt looks or Jay-Z skills that got him a record deal and tour (which starts this spring). It was the Hanks name, hiding behind the Haze. 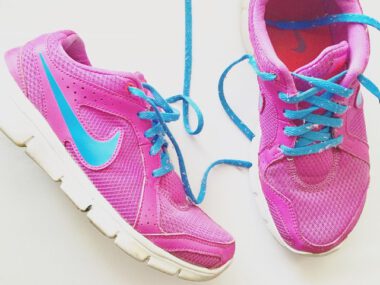 READ MORE
If you catch me doing the air drums on the elliptical it’s because I’m listening to this playlist. This is perfectly timed to get you through 30 minutes of heart-pumping…
READ MORE
0
0
0
{Zoe Kravitz’s tattoo literally says: let the love the base rather than let love rule} Growing up in an Arabic speaking home, I never thought twice about direct translations from…
READ MORE
0
0
0
My ThriftAquarium thrifted collection for the Goodwill Good Style Fashion Show Every year, Goodwill Industries of Greater Cleveland East Central Ohio invites area bloggers to style an entire runway collection…
READ MORE
0
0
0