I remembered the spread on wearing lingerie as outerwear in Stacey’s thrift guide when I bought this nightgown. As soon as I saw it I thought it could pass for a dress. I instantly loved the soft, feminine light blue color in this nightgown and what really sold me was the simple neckline. Realizing that wearing a nightgown as a dress would be a bit crazy, I went back and forth over this at Goodwill until I decided I’d give it a shot. I played around with it by layering it under a chunky sweater and wasn’t crazy about it, I then tried layering it under another dress until I settled on a simple fitted H&M blazer that I bought at the Village Discount Outlet for 75 CENTS! I added a belt to give it a little bit of shape.

Not gonna lie, I was a little nervous when I stepped outside in this because I just felt like everyone knew I had a nightgown on, but nobody seemed to notice. In fact, a couple of people complimented me so I made a point to ask them if they had any idea I was out of my mind and wearing a full blown nightgown. Luckily for me, they were surprised. 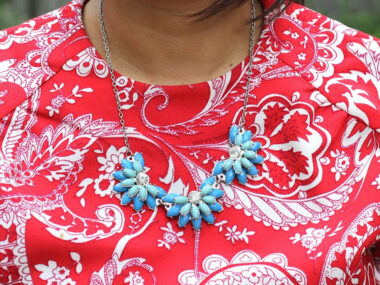 READ MORE
I think if I had to narrow it down to a few of my favorite styles ever, I’d say long sleeve mini dresses make the list.  I bought this…
READ MORE
0
0
0 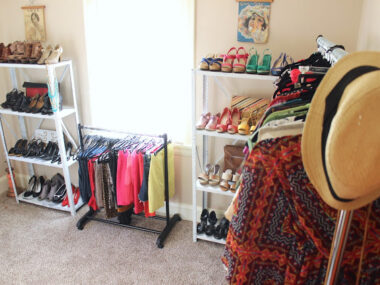 READ MORE
When I moved into my apartment two years ago, I recruited my friend to help me turn my den into a walk-in closet / dressing room and shared it on…
READ MORE
0
0
0 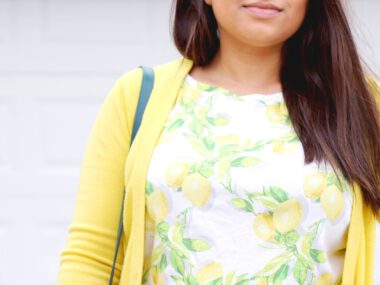 READ MORE
When life gives you lemons, you go to the thrift store. I found this shirt at Goodwill last year for 75 cents after discounts. I never tried it on, assuming it…
READ MORE
0
0
0 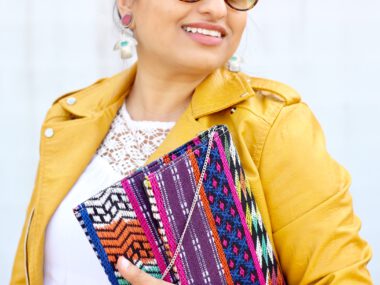 READ MORE
I promise I own clothes that aren’t yellow. I just can’t seem to get enough of this color for spring.  The only style rule I follow pretty religiously in my…
READ MORE
0
0
0