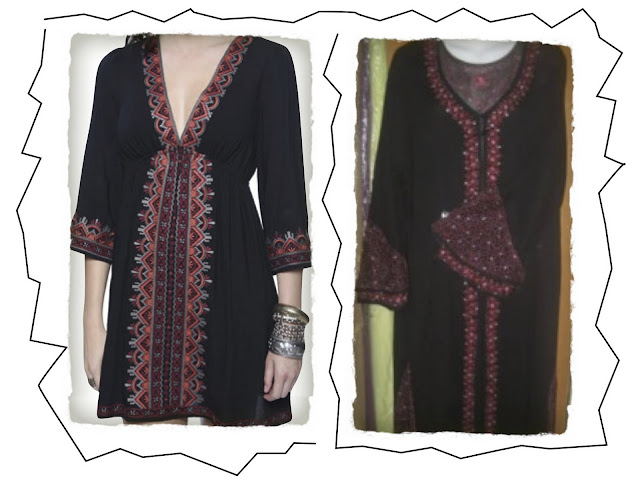 I came across this embroidered dress on the F21 website, and I immediately e-mailed it to my sister. We both made the same observation, this is almost identical to the embroidery of the Middle Eastern traditional dress, also known as a thoub.  These dresses, which date back several years, have  historically been handmade, with elaborate details in every stitch and design, are very common in Middle Eastern and some African countries. It’s interesting to see the cross between traditional, and religious eastern tradition cross over to western fashion, where F21 referred to it as boho chic.  I loved this post on a blog I found, where I also borrowed the picture of the thoub, it explains how Middle Eastern fashion designers are always trying to find ways to make abayas (which are more of a religious form of dress) and thoubs stand out from the next.

Although the most important part of an album lies on the inside, the cover serves as a medium by which the listener is prepared for an enjoyable audible experience.  The outside…
READ MORE
0
0
0
A photo posted by d i n a y o u n i s (@dinasdays) on Oct 29, 2015 at 5:43pm PDT Anyone else need some inspiration in the morning…
READ MORE
0
0
0
{vintage inspired earring set from CR} I decided to stop into Charlotte Russe last week and it happened to be during their “happy hour” sale where select accessories are 4…
READ MORE
0
0
0
I guess you could call this a “gadget.” I saw this laptop case in the Macy’s holiday catalog that came in the mail, and I thought it was cool, clever,…
READ MORE
0
0
0